As we wrap out the new year, I thought it would be apropos to list the top 10 best movies I've seen this year. 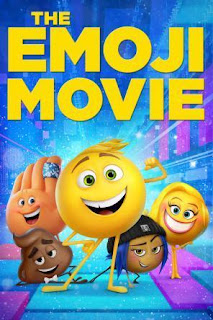 A very Mimsey interview with the one and only Chris Winters!

For those who have kept up with the blog, you may remember my posting of the one and only Chris Winters: 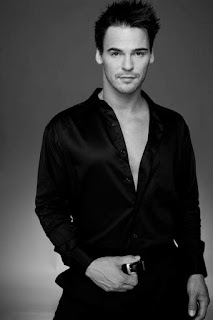 He's a great guy, a talented human being, and one of the inspirations for my own character Dan Landis. So, in celebration of the blog's 200th post, I decided to carve out a little space for interviewing Mr. Winters.

Hello Chris! How are you feeling today?
Wow! Well under extreme pressure lately. Well pressure from responsibilities, work, and appointments! Other than that I can only thank God for another beautiful day He has given me to wake up to.

You’re a model, a director, a writer and an actor. What got you into the entertainment business?

In a galaxy far, far, far away…. Wait… That’s something else… In a time long ago… there was this kid who grew up and listened to another kid…. Laugh out Loud! No serious that whole story has another blog interview on its own and cannot be answered in a short sentence. But I will say I started as a model and got some really nifty work, and during that time I transitioned to an actor. I would love to know where director came into this (chuckles) but I can say I’ve been a casting director and associate producer. Let me tell you: those two do a lot of work!

You’re a multi-award winning Mr. Romance Cover, what books have been graced with your image? Have you ready any of them?


Of course! And I better! J Cindy Colby and Christine Feehan I’ve worked with both. I’ve read several of their books. I have a friend named Amanda Jayde (aka Lisa Torres) who also writes nifty love novels. The latest I’ve read was Cindy’s “Angel’s End” book about an outlaw how comes into town after being wounded badly. Barely making it, a woman named Leah finds him and takes care of him for a really long time. He heals, only to end up falling in love with her. However, the twist is he’s not the person who he says he is as he stole an identity of another who died during a battle when he got wounded. To me, that’s insane!

What projects are you currently working on?
I’m working on a project called OCCUPANTS.

It is about a young couple named Annie and Neil Curtis (played by Briana White and Michael Pugliese) who plan and produce a 30 day "Clean Living" documentary.  Setting up cameras all over their house to document their newly created "lifestyle", these very cameras capture a “parallel” version of themselves from another dimension.

At first they can only “see” their parallel selves via the footage they captured. But soon their “doubles” begin threatening the unsuspecting couple, who must find a way to close the dimensional portal they inadvertently created.

By consulting Dr. Alan Peterson (played by Robert Picardo) of the Peterson Research Institute (P.R.I.), they devise a plan to do just that.

Now I play Dr. Peterson’s son, Alan Jr. and you can see me in the film during the “P.R.I.” video that Dr. Peterson sends the young couple.

The director Russ then decided to extrapolate on that video by creating a viral “P.R.I.” website (http://www.pri-research.info/) which shows various testimonials of other people who saw parallel worlds including a Lee Mitchell (Case 285) which was then made into a comic book which I am the main character of!

You can see the comic book and its Indiegogo campaign at: http://igg.me/at/occupantscomicbook/x/7977592

The film itself was shot in September/October 2014 and completed it in December 2015 – and it’s currently going to have a screening at the USC Cinema School on April 28 at 7pm and also have its Premieres at the Phoenix Comicon Film Festival June 2-5, 2016 and Florida Supercon July 1-4, 2016 where Picardo himself will help rep the film.
All info on the film and comic book is at: http://occupantsthemovie.com/news.html
What’s the thing people would be most surprised to learn about you?

That I’m quite humble and vanity drives me crazy. 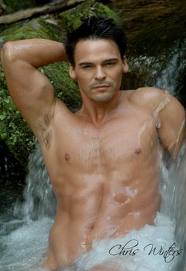 I can totally see why vanity is
the biggest obstacle.

I learned that when I experienced a lot of PR events here in Hollywood. I’m also very deep, emotionally connected, I live through depression daily, I have invisible Amblyopia (I can actually control it on command!), I’m in tune with my body. I enjoy apperception, on social media I speak in cryptic messages most of the time with meanings behind them, and finally… I thank God everyday more than I ask for help.


What are you reading/watching/jamming out to right now?

As I type this interview, I am listening to Misja Helsloot – Live in Asta. Previously it was Arimin Van Buuren. Earlier it was Silent Drive, Ting Tings, SevenDust, My Chemical Romance, Fall Out Boy, DoNots, Sugarcult, and The Flashbulb. Oh my! I’m all over the place! I’m currently reading my Kindle translated Beta version of my Invisible War novel trying to find a way to break it up. It’s really complicated and I want to find a way to make it easier. The Beta went really well, but I cannot seem to figure out resetting the first five chapters. I plan to write three more, and they won’t be as difficult as this one. Invisible War is a large dystopian expanded world.

You are well known as a fitness maniac. What’s your workout routine?

Eh.. I keep in shape, but I’m not a crazy buff dude who prances around. That takes up so much time to be in the gym. I’m trying to learn how to write, balance work, health, and personal life. As far as workout routine, I would say cardio and some weight lifting. I really enjoy running I got hit by a car when I first moved to Los Angeles, so I hurt my knee. I took time to heal, so I was able to run again, but I don’t go into extremes like I did before. I remember running 15 miles per day! Now I’m happy if I can accomplish 5. Weight training I do to keep muscles in shape. Getting too big I would have to buy new clothes again. (chuckles)

I eat right and maintain a good diet enjoying salads and milk. I love porridge, carrots, pears, and peaches! I also enjoy wine very much. Wine is always good for the heart and soul. I love a good ‘Cab! 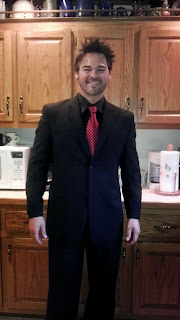 He eats right, enjoys a good wine, and loves to cuddle.
Ladies.

What would be your dream project?

Honestly? To get my very large and complex novel completed and get some DC comic artist to draw the art for it! Also, the OCCUPANTS project I’ve been working on and the comic-book spin off looks like a really awesome deal. The whole paranormal/alternate universe thing is an endless story generator and I feel it is going to take off very soon. Ready above you can see it’s doing wonderful PR before the release. My friend Russell Emanuel, who is also the director, is a perfectionist of production and I’ve seen the screening at the Writer’s Guild of America in LA, as an associate producer I was shocked and said “Whoah! I didn’t see that/!”
If you could go back in time, what piece of advice would you give young Chris Winters?

Stick to the art you did. Learn English and Grammar at a very professional level. Comprehend cryptology. Remain closer to God when you went through worst times instead of reckless decisions, and that I hold the magic and ability behind my own hands instead of the manipulation of others.

Where can readers keep up with all things Chris Winters?

Mostly my Facebook fan page. I have a manger who handles it but I get on and like to see people as well. My website chriswinters.com is still up, but I’m /still/ revamping it. I think the latest update on my website is my Invisible War beta read. The laughable link is chriswinters.com/iw that you can enjoy. My twitter is twitter.com/sorrynofocus. I have a snapchat, but I can’t keep up with all the social media. I have to feed my belly! 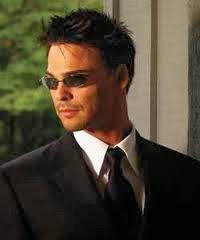 I must go, my people need me!

Thanks very much to the one and only Chris Winters for stopping by! Make sure you stay tuned as we'll be hosting more friends of the blog as we celebrate the Mimsiversary!

Jay Mims has written a sexy, dangerous drama called The Rose Bandit! It is completely without flaws. Jay also loves some KARAOKE!.  Jay is far funnier on Facebook then in real life. He is terrible at Twitter.