Hello! Hello Everyone!! Staccato Publishing Family has an awesome Fall line up for you! They have an amazing amount of books from equally amazing authors coming out for your enjoyment!! TODAY we celebrate THREE of them!! Check them out below and enter the awesome giveaway Staccato has just for you! 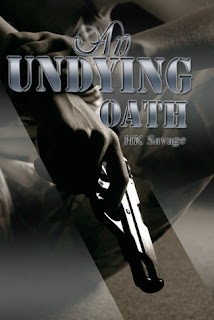 An Undying Oath by HK Savage

Book Blurb:
Sargent Justin Shaw returned from the war with what is left of his unit, though instead of being hailed as heroes, they are being sought as test subjects. Their last mission behind enemy lines to obtain a WMD ended with them exposed and on the run. Their goal is not only to destroy the weapon, but also the program being run by their own government. Justin and his men have sacrificed everything for their mission. Will it be enough? Samantha James, a girl whose father disappeared almost twenty years ago unwittingly holds the key. When her father returns bodies start to fall. Sam doesn't know who to trust. Both Justin and her father have their own agendas and either one of them could end up with her dead. 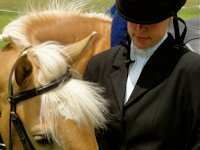 HK lives in the frozen hinterlands of the far North.  The long, cold months provide ample opportunity to hunker down with her computer and create adventures far more enticing than scraping ice and getting frostbite.

Between books HK reads voraciously.  Anything with a good plot and compelling characters are her broad parameters.  One is as likely to catch her with a copy of Don Quixote as with the latest in Gail Carriger’s steampunk series.

HK practices martial arts, rides her horse, gardens and plays with her family every chance she gets.  Next winter she intends to brush up on her Spanish and escape the cold for somewhere more tropical. 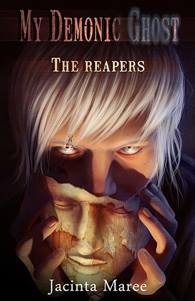 The Reapers by Jacinta Maree

Book Blurb:
The day you die is meant to be the end, but for 18 year old Jordon Hastings, his death was only the beginning.

In a dark and twisted world, lost spirits known as Reapers remain behind after death to help collect the spirits from the realm of the living. A new Reaper, Jordon struggles to accept his fate and lingers in the shadows of his mortal life. But when a demon wolf starts to live through his shadow, hunting his family and friends Jordon has no choice but to leave. As soon as he accepts his new role the truth behind the relationship between Reapers and Angelic Hunters is revealed. His loyalty is tested, making him choose between a corrupted God and a single Banished Spirit. 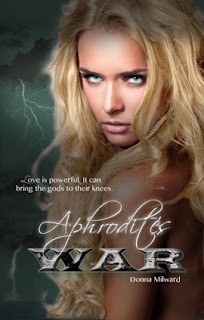 Book Blurb:
Aphrodite despises Aries and when Zeus proposes a contest, the prize being expulsion of her enemy from Olympus, Aphrodite cannot resist. The catch: should Aries prevail it is Aphrodite who must leave her home. Risks aside, she cannot refuse the possibility of a future without her former lover.

The challenge: two mortals must fall in love. It is simple. However, the players could not be more ill-suited. Poetry, a free spirited artist and Adrian, a defense attorney would not normally choose one another. But when gods interfere anything is possible. 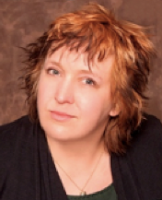 Donna Milward lives in Edmonton, Alberta in a tiny house with a huge yard. She’s been writing all her life, but decided to put writing on hold to get ‘a real job’ as a meatcutter and build a future with her beloved troll, Dan and her cats Freya, Sully, and Spartacus Jones.

Twelve years later, an invitation to a Romance Writer’s Conference in Washington D.C. led not only to new friends and new knowledge, but to the inspiration to write again. Thoeba was completed the following year.

Donna likes to mix her fascination with reincarnation and all things paranormal with her love of mythology in her work, and has even written her own myth ‘The Sacred Truth” (on earthtothoeba.blogspot.com) as the lore behind Thoeba and future novels to come.

Donna enjoys fishing, gardening and canning. Despite these hobbies, she much prefers city life.

Follow the blog tour for these books to find out more about the authors and characters!!
TOUR SCHEDULE:

Sept. 23 'THE REAPER'S' by Jacinta Maree
Our New Generation for Reading ~Spotlight & Review