The Baer and I

I have a confession to make. I keep killing my best friend. 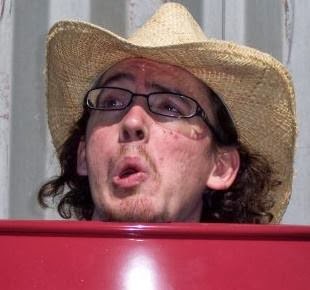 That's him. I sent him over Niagara Falls
and he kept the hat on the entire time.

Today is the birthday of one of the nearest and dearest people in my life, The Dave Baer. 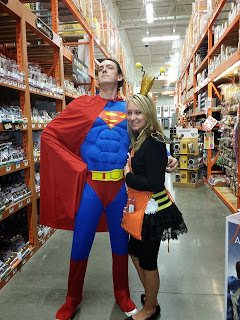 He's the one on the left.

And in celebration of that, I thought I’d share with you a strange habit of mine. In my books, I always incorporate a character named David Baer (with variation on spellings) and always kill him off.
Why? Probably because I’m a bad friend. Or, because it’s my way of showing how much I care. After all, I write murder mysteries. What better way can a cozy mystery writer show his affection? 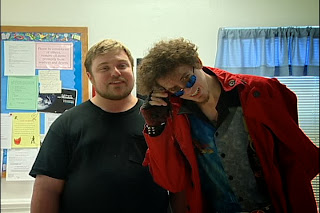 Besides casting him in weird short films. Or making him sing.

Dave is one of the few people who can claim to have been there since Dan Landis’ inception. That’s not an exaggeration, either. See, originally Dan was a character from a short film I did, where he was the fictional character of an author that just wouldn’t stay on the page. 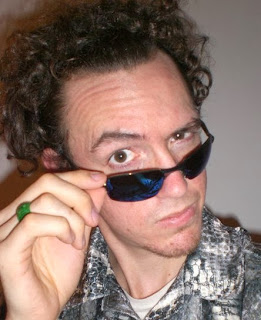 When I sent Dave the massive tome that was the script, the first note I got back was “Hey buddy, I really appreciate the avant-garde style you’re going for, by having 40 pages of absolutely nothing happening. But, you know, maybe do something?” Also, after having read the entire thing, Dave calls me up and says “There’s more people alive at the end of this then there were at the beginning! KILL SOMBEDOY! ANYBODY!” 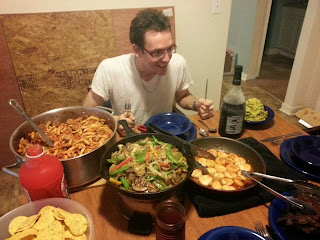 Because if you can't trust his judgement,
whose judgement can you trust?

Now, five years later, I can finally say, I followed the advice of the man, the myth, the legend: The Dave Baer. 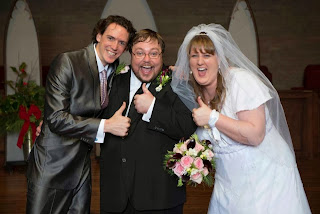 For the dude who is always there, for the friend who’s stuck by me all these long years; for the guy who’ll always be at your side, and who can always give the best advice. Happy Birthday!

Jay Mims gets by with a little help from his friends. He currently lives with the Mimsus, a passive-aggressive Dalek named Steve, and whatever cats stop by for food. Because his blushing bride just loves feeding stray animals. He writes books and is far funnier on Facebook then in real life. He is terrible at Twitter. Feel free to leave The Dave Baer well-wishes in the comments!
Posted by JMims at 2:02 PM