So, in my continuing effort to make The Mimsus feel both loved and appreciated, I decided to take her to the movies. Want to guess which film I chose? 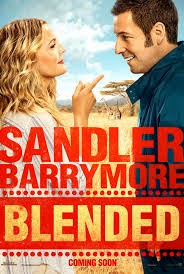 I liked this better when it was 50 First Dates.
Or the Wedding Singer.
Order your copy now! 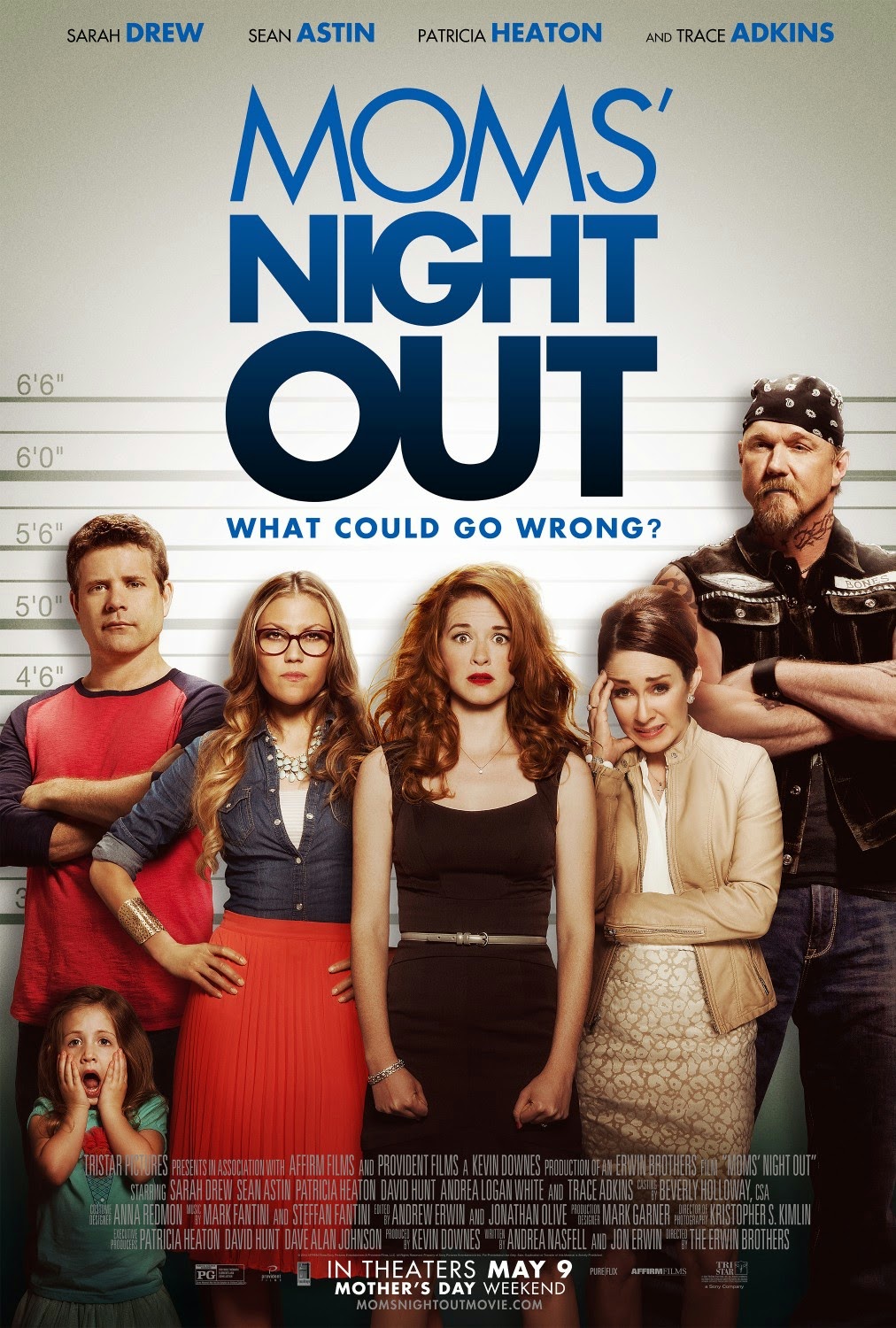 Wait, is Samwise Gamgee,
Debra from Everybody Loves Raymond
and the Honky Tonk Badonkadonk
in this movie? 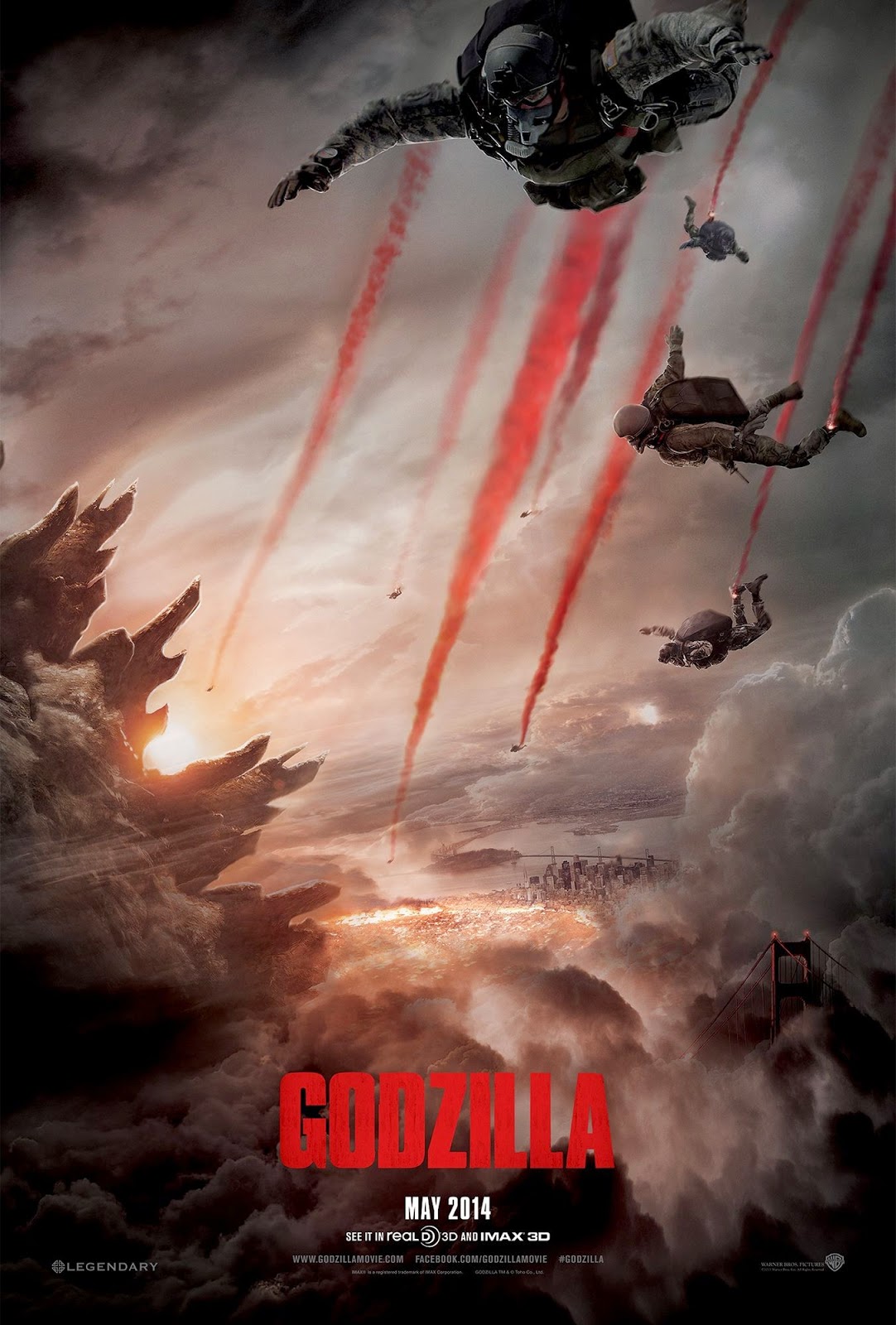 This. This is what we saw.
In case you forgot what the title of this article is.
For the record, you can get
a 24" Godzilla Action Figure.
In case you were wondering what
to get me for my birthday.

Let me start by saying, MAJOR SPOILERS TO FOLLOW!!!!

I will confess, I'm a huge fan of anything dinosaur. I've watched every Godzilla movie, seen both animated series, and would consider myself very much a fan of the Big G. 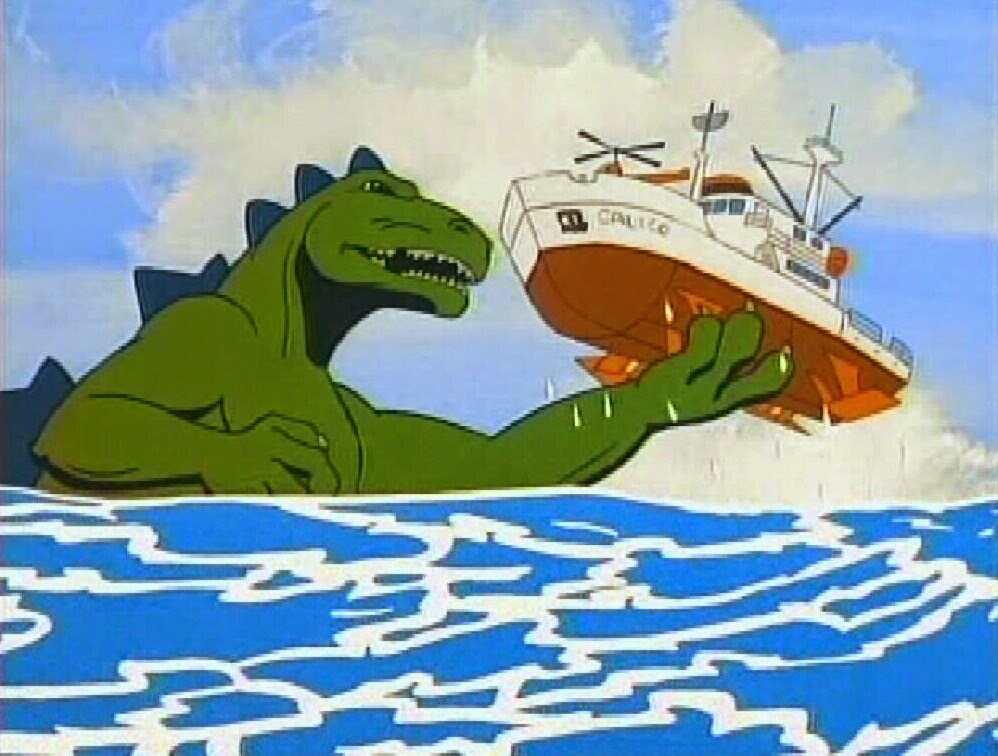 I don't care what you say. This is AWESOME!

And I will give the new 2014 movie this, Godzilla is in it! So, that's good. It also features a mutated version of Mothra(ish) and what's either a buzz-sawless version of Gigan or that weird Mantis monster whose name I can't be bothered to remember. (Just kidding, it's Kamacuras). 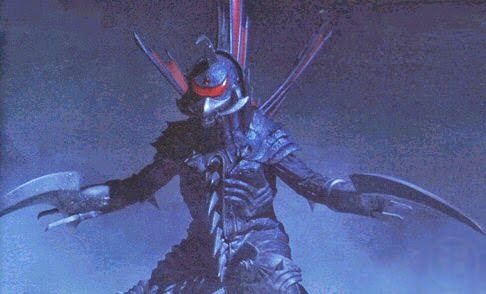 Pictured: A giant monster with a buzz saw in its chest.
Your argument is invalid.

However, if you were to fastfoward to just the parts featuring Godzilla, well 1) He's in it for about ten minutes total and 2) You'd miss the epicness that is Bryan Cranston! 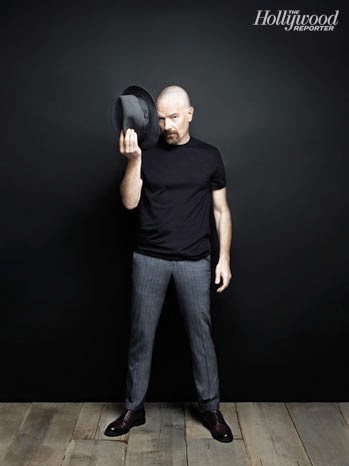 This is a movie where Godzilla is the good monster and Bryan Cranston plays a loving father. You cannot go wrong with that combination. On the other hand, that dude is in about as much of the movie as Godzilla. AND THEY ARE NEVER ON-SCREEN AT THE SAME TIME!

SERIOUSLY, SPOILERS!!!
So, the movie is about Bryan Cranston and his family. He's a nuclear engineer (or scientist or OSHA inspector...I have no idea what the dude actually does besides be the greatest dad ever), his wife who makes the most of her tiny amount of screen time, and their son Not Frankie Muniz. 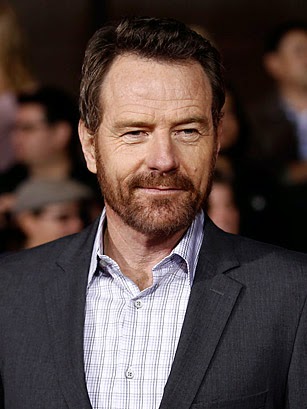 The wife gets killed, in a scene that's way too emotional and gut-wrenching for a Godzilla film. Like, this scene is what they should play when Bryan Cranston wins an Academy Award. So, the wife dies (surprise!) and Bryan Cranston is left to take care of Not Frankie Muniz. There's also another scientist played by Ken Watanabe, who knows what's going on but is trying to hide it. Because of reasons. Those reasons rhyme with schmot schmevice. Here's the thing, Ken Watnabe makes it through the entire movie. Bryan Cranston gets killed off in about the same time as it would take to get Dominoes delivery. Movie...can we talk? 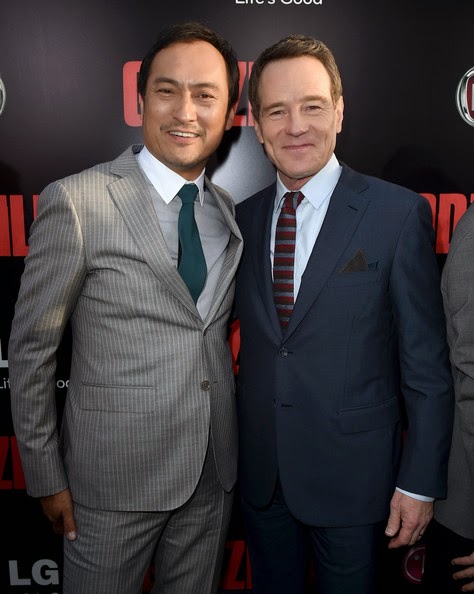 Pictured: Two guys who apparently
can't be in an entire movie together.

Is there a reason why we couldn't have had a movie where Ken Watanabe, Bryan Cranston and Godzilla team up to save the universe? You literally had Ra's al Ghul, Heisenberg and The King of All Monsters in the same movie. Why would these guys not team up? YOU WOULD HAVE ALL THE MONEY! 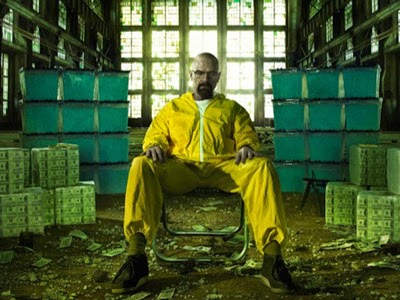 Instead, what we get is a movie about a white-bread All-American who single handedly: Conquers his Daddy-issues, saves a small Asian child, survives three separate monster attacks, saves Godzilla (twice) and saves San Francisco. I'm pretty sure in the sequel he will balance the budget, stop global warming and find Waldo. 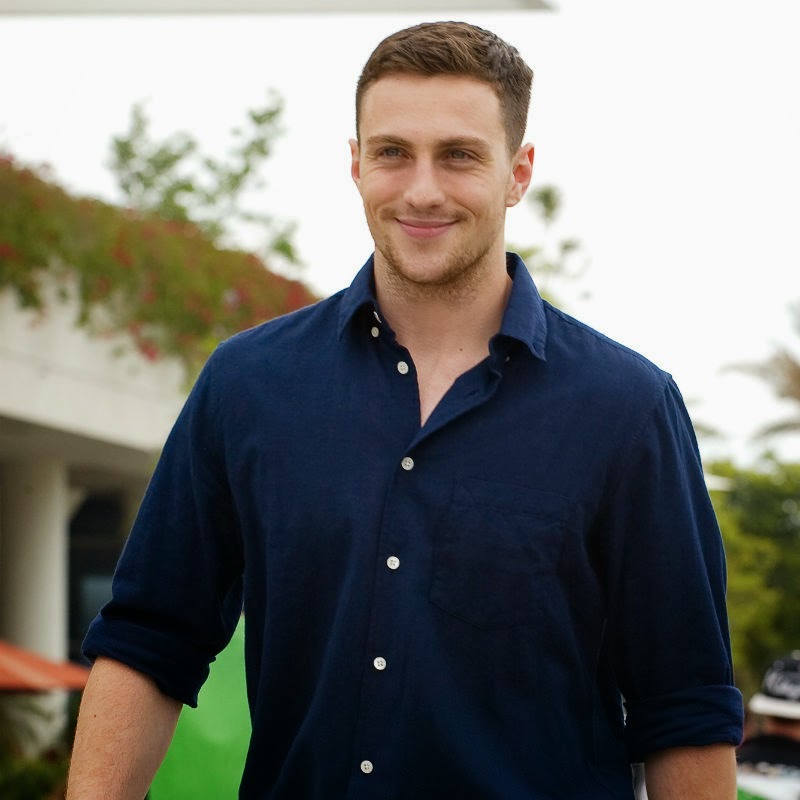 All while remaining as interesting as a recently mowed lawn.

This dude even manages to have a completely adorable son and wife, who is both a nurse and completely devoted to the man who spends more screen time with his Dad and Godzilla, respectively, then he does her. 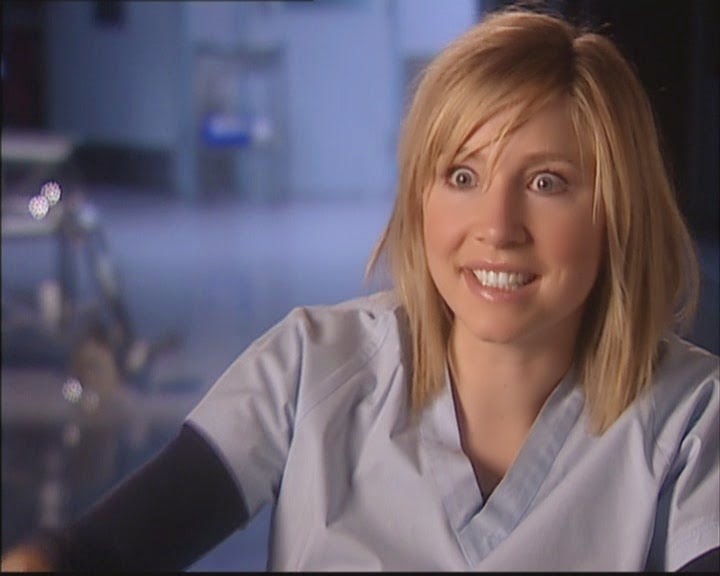 Also, why they didn't cast Sarah Chalke
as the wife in this flick is beyond me.
We could have literally had Heisenberg and Blonde Doctor
save the world!

The movie ends with bland guy saving the world while Godzilla fights the monsters. And wins when Big G remembers he is a giant fire-breathing monster. The flick ends with Godzilla pimping out into the ocean. Which, in my opinion, is how every movie should end.

Folks, if you are thinking of going to see this movie, don't. It's not a bad movie, per se, it's just a boring movie. It's a boring movie that doesn't even make sense! There's a scene where they're evacuating San Francisco, and they talk about shipping everyone west. If you're not familiar with San Francisco, it's a coastal city in California that's on THE WEST COAST! Hey guys, are you sure west is the best idea? Sure you don't want to go east, where we keep 9/10 of the continental United States? 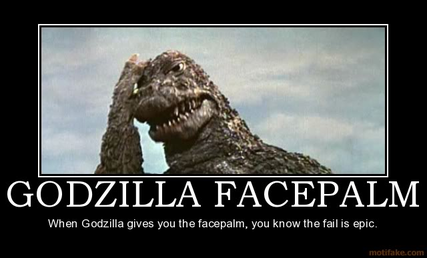 This led to a conversation between The Mimsus and I: 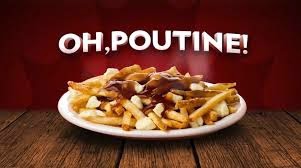 No, if you really want to see a movie where a white-bread American teams up with a blonde and foreign national to fight against monsters, then I have an idea. Why not a movie where the voice actor of Moe the Bartender, the voice actor of Bart Simpson, and the bassist from This Is Spinal Tap are all in a film where Godzilla actually does something! Doesn't this movie sound awesome? 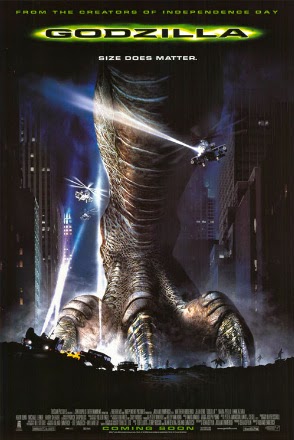 Jay Mims writes books, blogs, and has also written about his love of the X-Men. Jay lives with The Mimsus, a passive aggressive Dalek named Steve, and a cat named Eartha Kitty. Jay is far funnier on Facebook then in real life. He is terrible at Twitter