Burning Down The House! Mimsey's 11 Favorite Pyros: Brought to you by THE WATCHERS: KNIGHT OF LIGHT 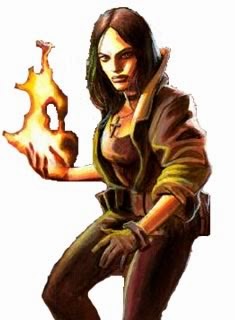 Ever feel that burning sensation? That tingly warmth that just makes you want to finally DO SOMETHING? Do you have that FIRE? 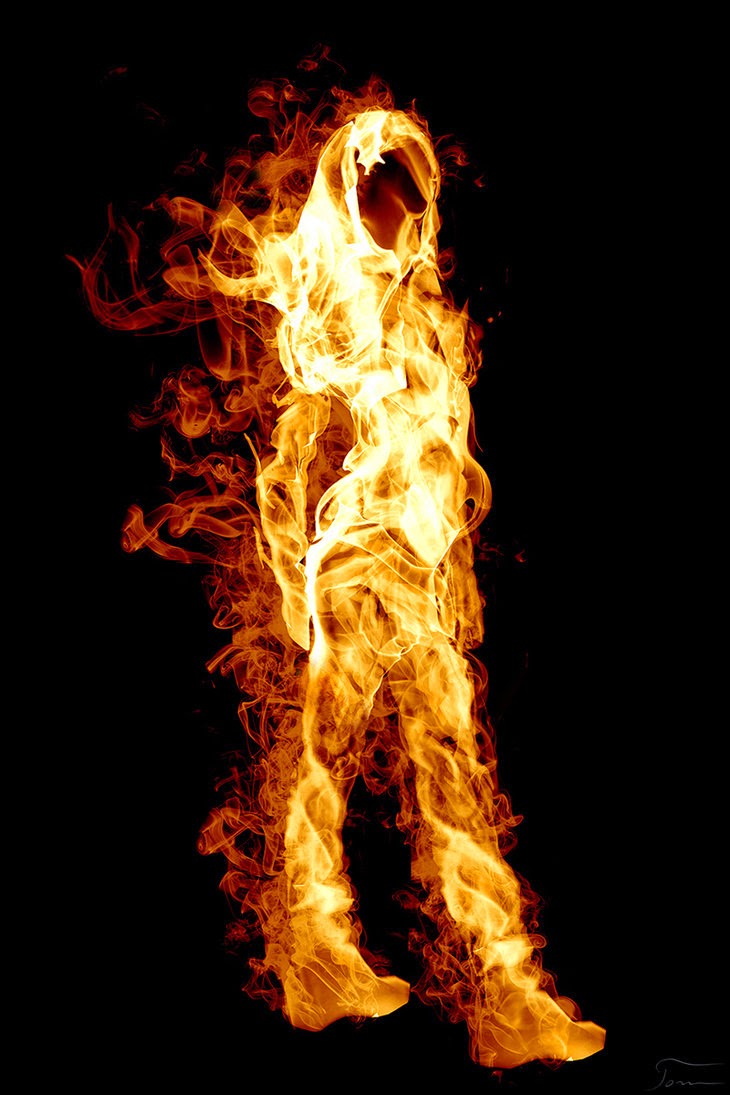 I thought I'd share with you eleven of my favorite firebugs, pyrokinectics and all around fiery personalities. Let's LIGHT IT UP! Oh, why eleven? Because I'm a giver. 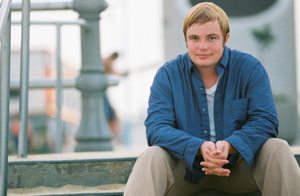 I'm also warm to the touch. The first of MANY Marvel characters on this list (seriously, Marvel's got the hots for fire) St. John Allerdyce, or Pyro for short, is a mutant with the ability to control fire. Which is cool. Or hot, I guess. However, he doesn't have the ability to GENERATE fire. Because that would make too much sense. Nope, he has to strap flamethrowers to his wrists. Also he's Australian. Not sure if he ever said "That's not a knife! This is a knife!" and then lit the dude on fire. 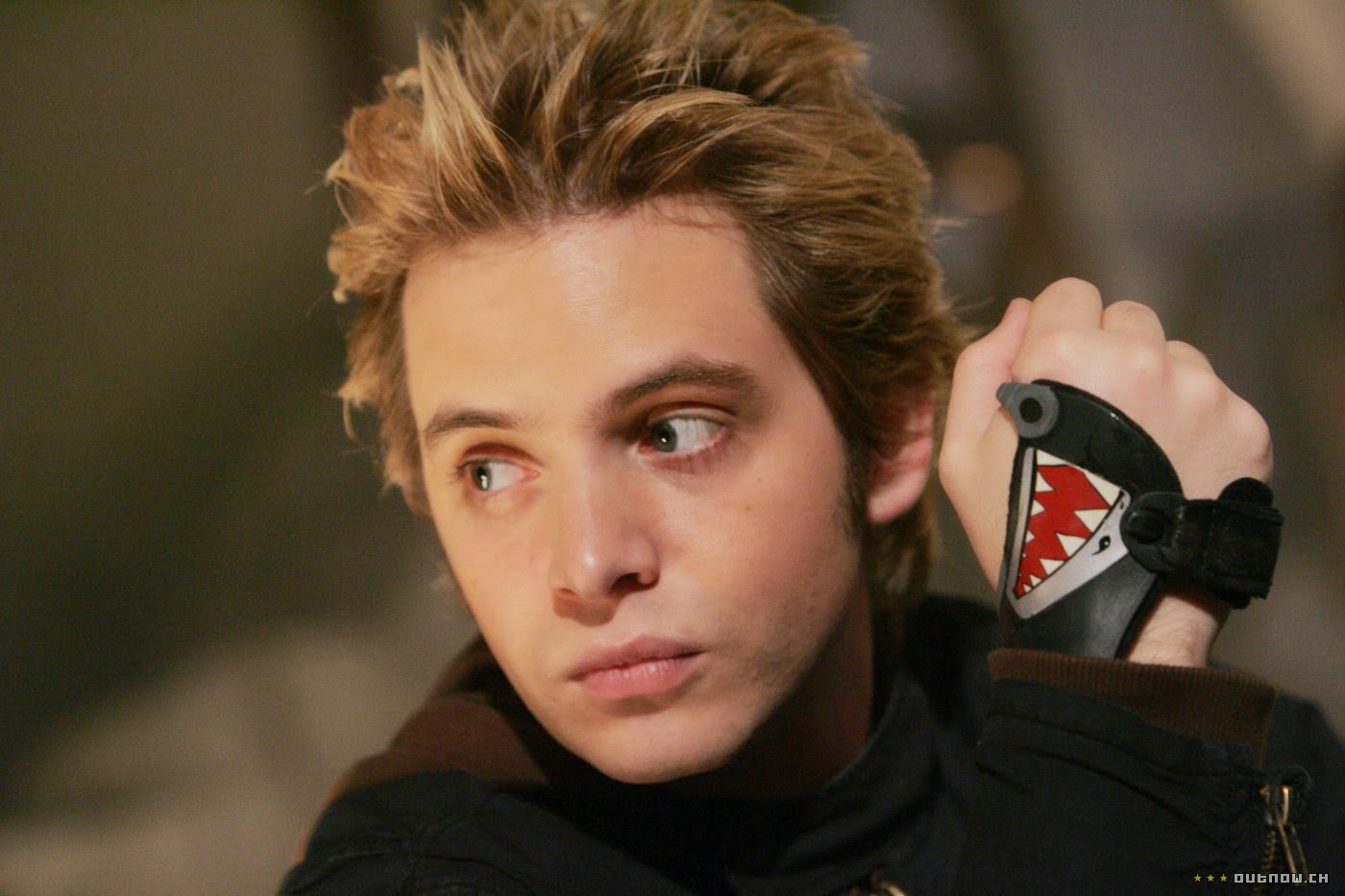 He was played by this dude in the X-Men films.
With the added mutant power of having an incredibly punchable face. 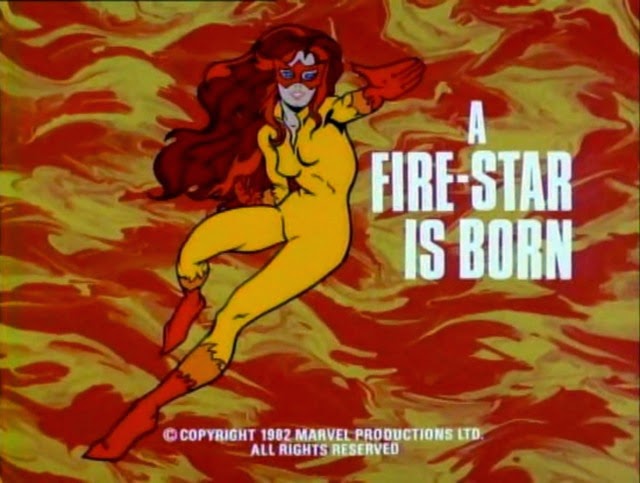 If you watched Spider-Man and His Amazing Friends you probably remember Firestar (Angelica Jones) as the hot chick on the show. Firestar's also a mutant, and has served on almost as many teams as Wolverine. She's also redheaded, because of course she is. Marvel knows how to do two things: Have people shoot fire and have beautiful redheads. Get beyond that and Marvel will shuffle it's feet, look around and shout "Hey look! Wolverine!" 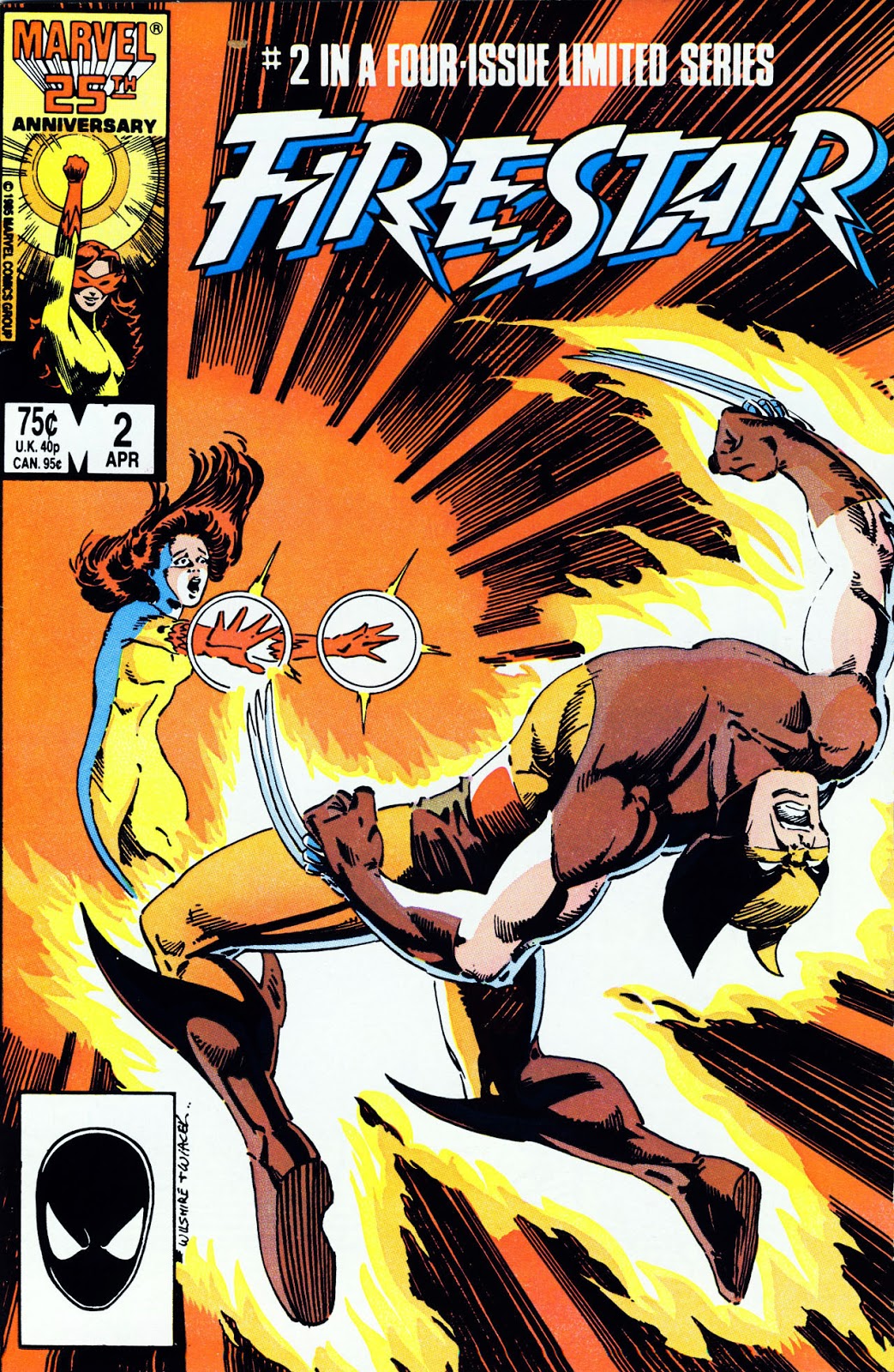 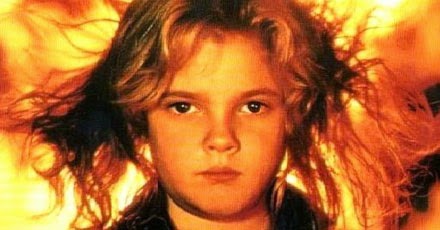 Most famously played by Drew Barrymore in the 1984 film Firestarter, Charlie is proof that the most adorable children are the ones you have to watch out for. Because they will just straight up burn you to the ground. Or send you to the cornfield. Or make long-distance calls to Hong Kong. Or something. Look, just beware of small children. They're evil. 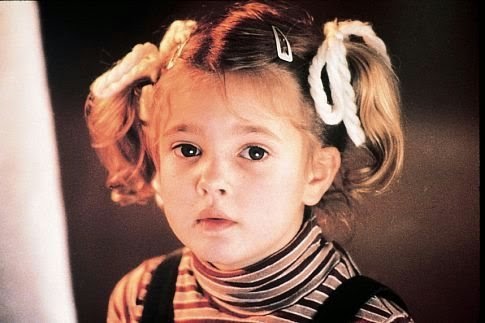 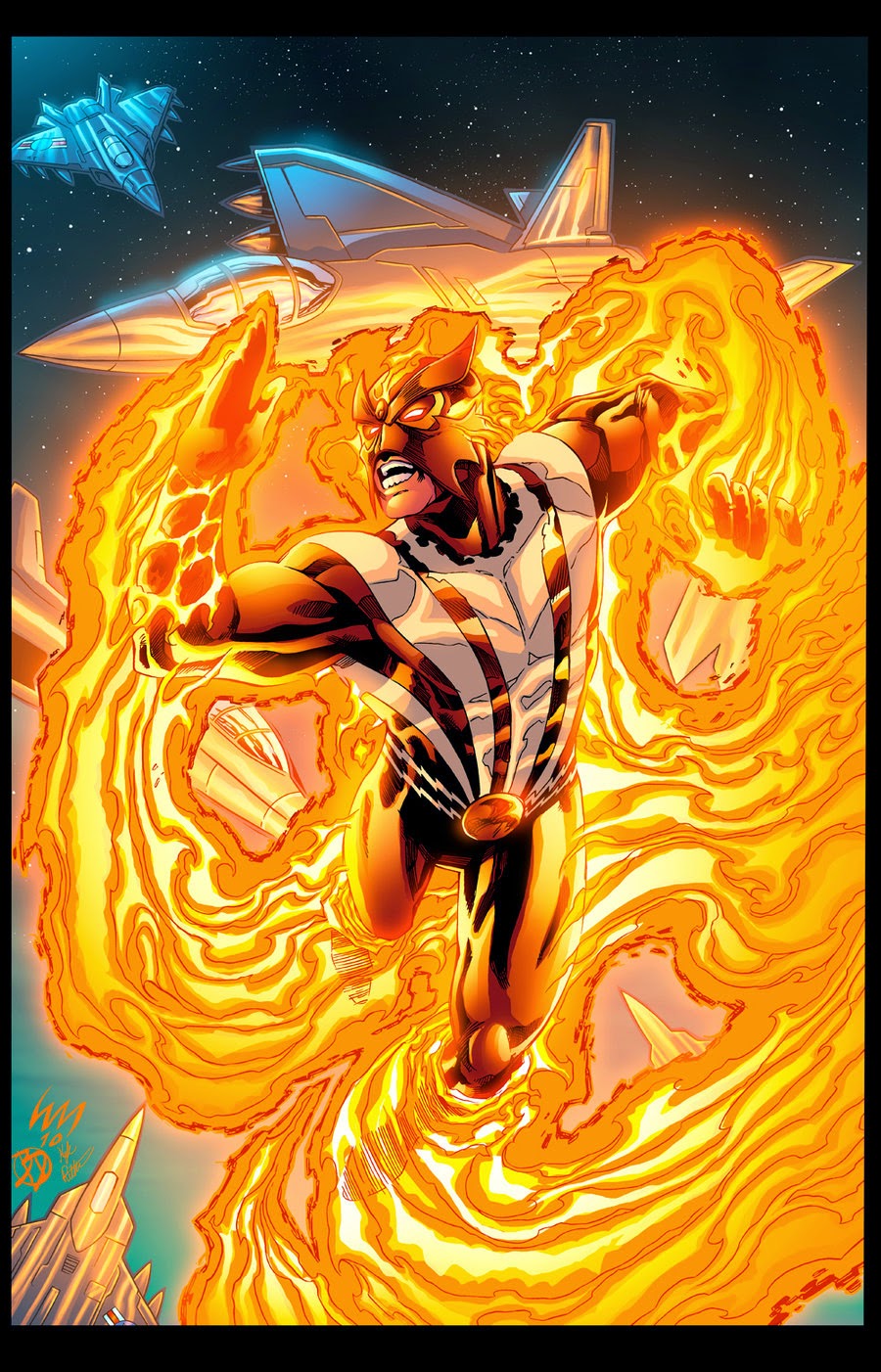 Shiro Yoshida, or Sunfire, has the unusual distinction of being the first mutant to straight up quit the X-Men. He has the amazing powers of generating fire and being Japanese. Which is impressive until you go to a Hibachi grill. Then you wonder why Sunfire can't also create a replica of Spongebob using rice and a lemon. He also knows martial arts, because of course he does. 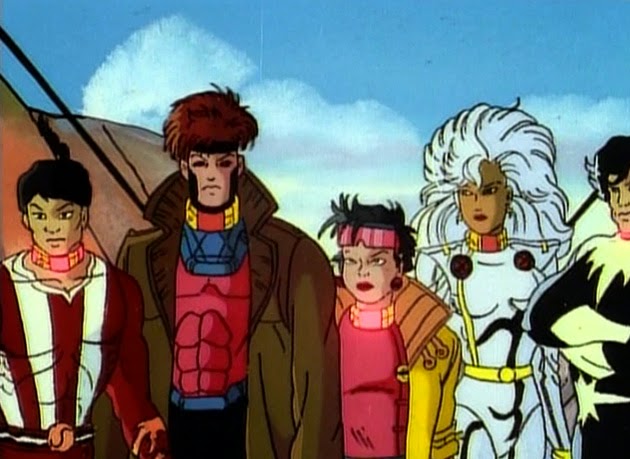 He also appeared in X-Men: The Animated series.
He's the one standing next to Captain Popped Collar.
And his sidekick "The 90s". 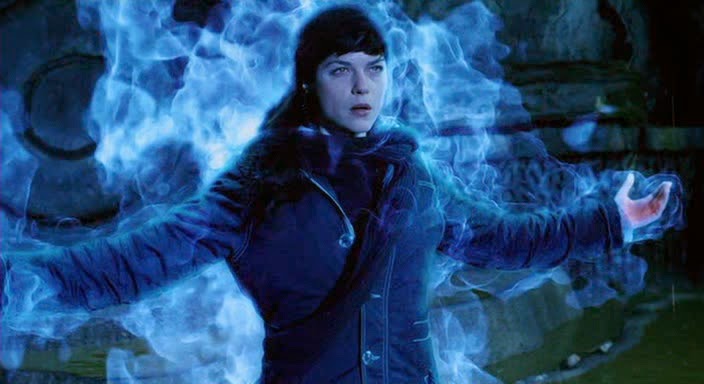 Played by Selma Blair in the Hellboy movies, Liz Sherman is probably the most nuanced of the characters so far. She has a love-hate relationship with her fire powers, repeatedly saves the world from various apocalypses and longs for a normal life. Honestly, if you get a chance, check out either the movies or the criminally underrated comics by Dark Horse.

Liz Sherman: Has no time for your nonsense. 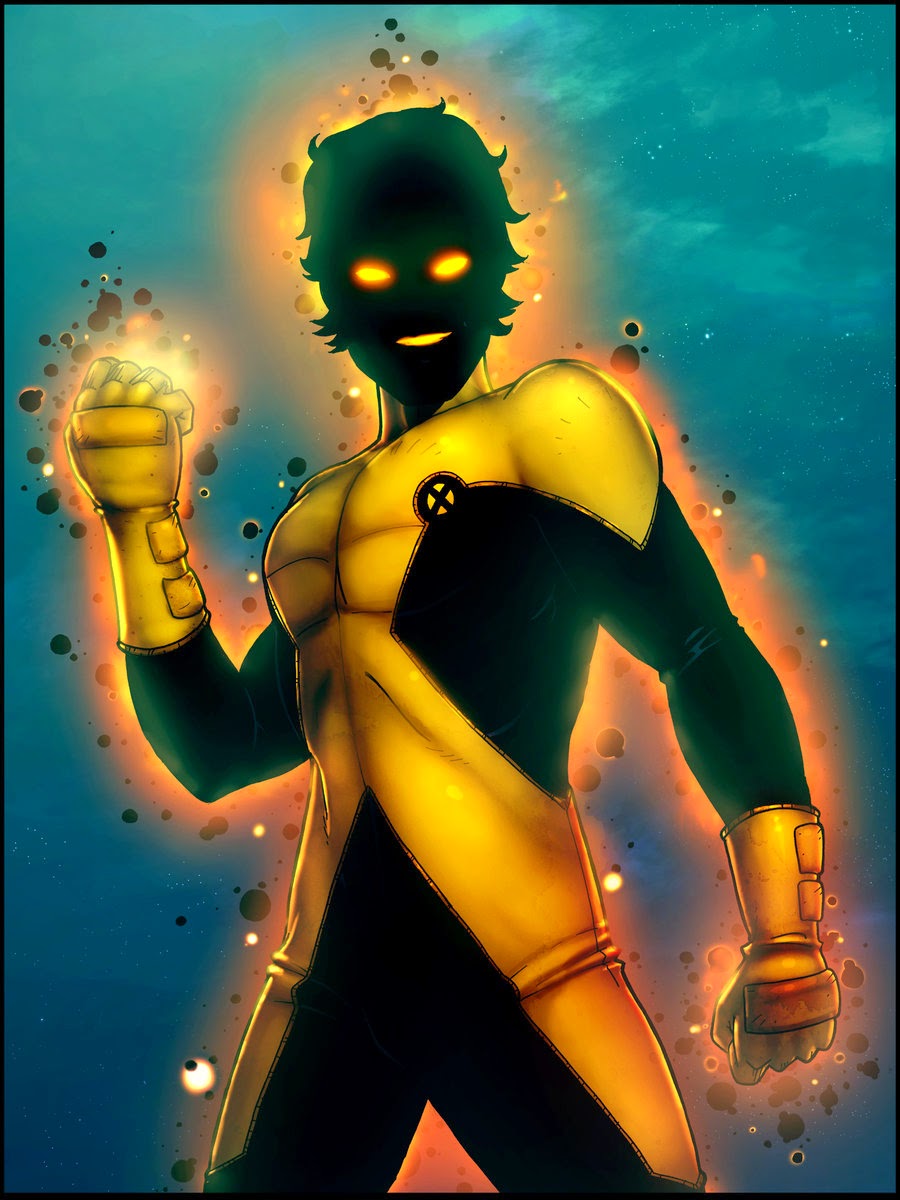 Roberto "Bobby" da Costa is just your average Afro-Brazillian. Nice guy, team player, can turn into an engine of destruction. Also, he likes football (Soccer). He also joins a ridiculously long list of Marvel mutants who can control fire (sort of...). And was played by Adan Canto. 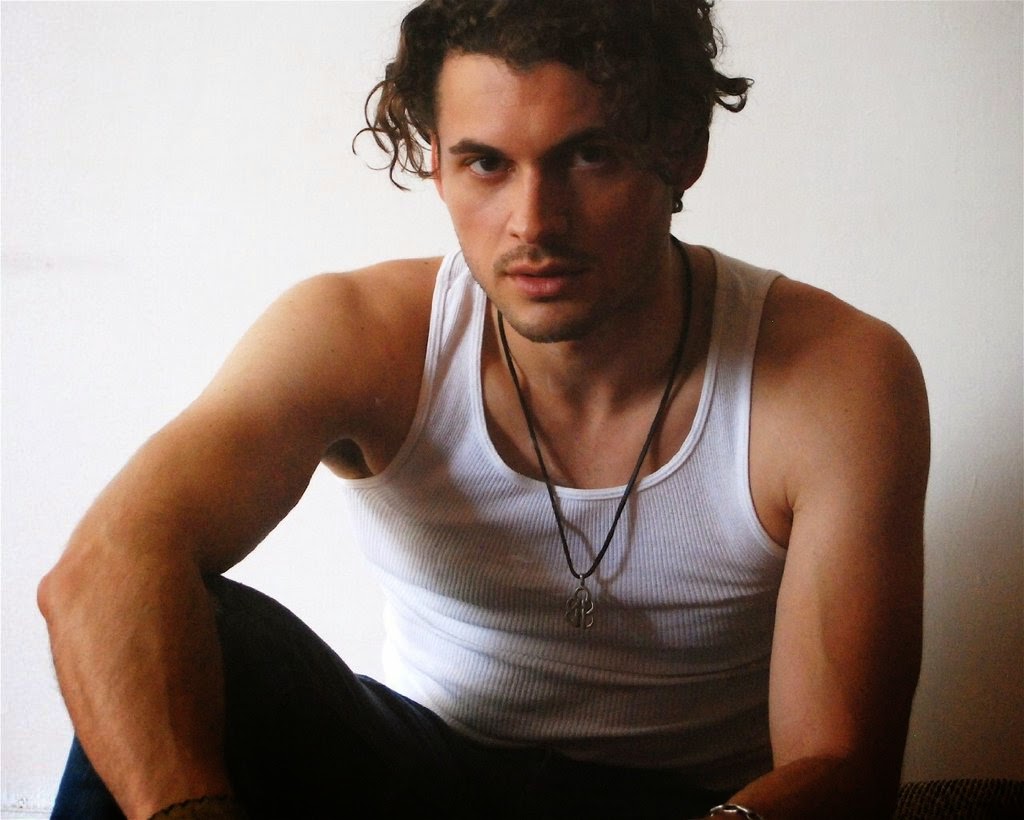 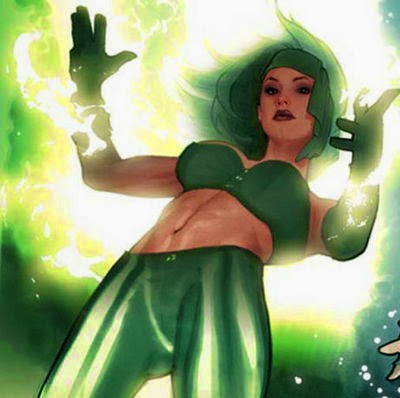 Beatriz Bonilla da Costa a.k.a. Fire is also Brazillian. Granted, she's from DC Comics and not Marvel, but I'm starting to suspect that comic book writers knowledge of Brazil is: They can catch fire and have a last name of da Costa. Brazillian readers feel free to affirm this in the comments. Fire is best known for serving in the Justice League, being completely naked when on fire, and hanging out with Ice. Because thermodynamics have no affect on comic book characters. 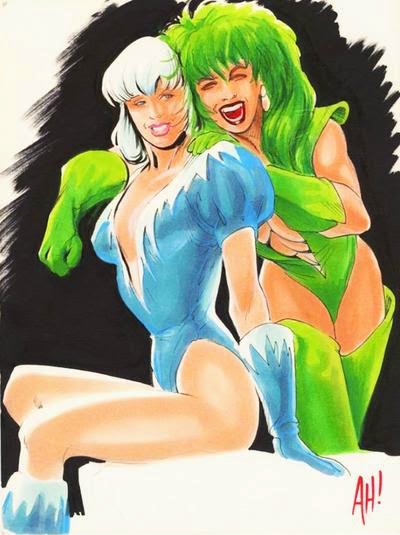 Ice is the one on the left. 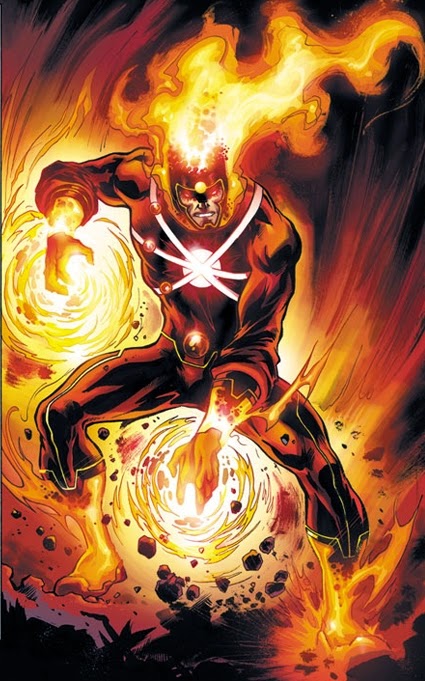 Firestorm has been the name of more people then James Bond. The important thing you need to know is, he's a guy whose hair is fire. Also, he's in DC Comics. I'm kind of surprised he's not also Brazilian. Most folks would know him as the guy from the Superfriends cartoon. 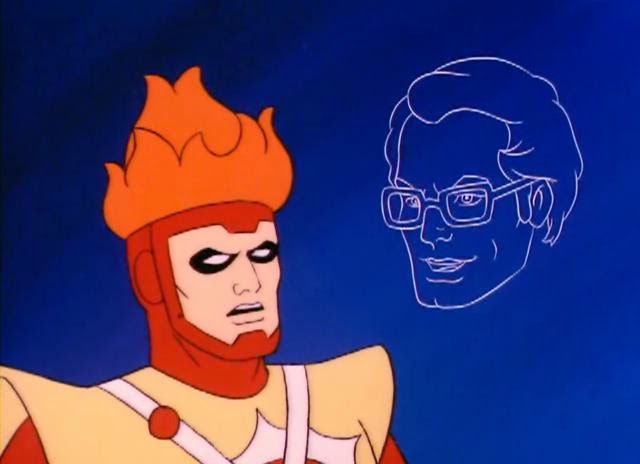 You know, the guy who listens to invisible voices. 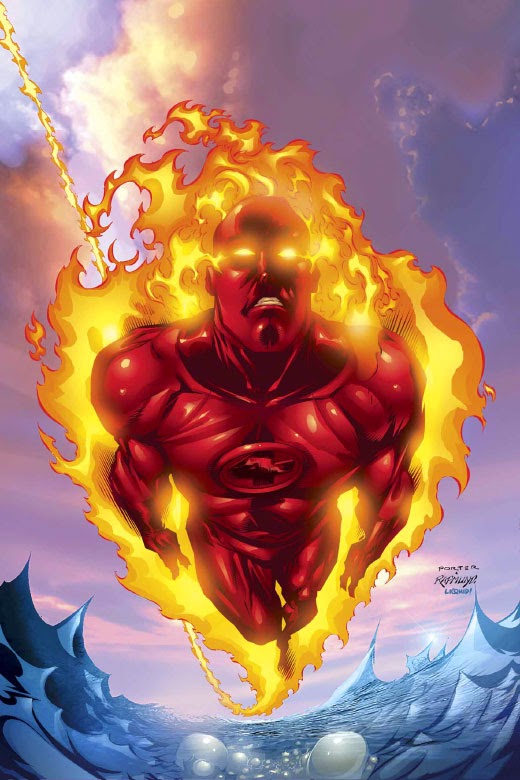 Johnny Storm is not the first Marvel character named Human Torch, but since the first Human Torch was a robot, I'm going to go with him. Because FIGHT THE MACHINE! He's best friends with Spider-Man, can fly, hangs out at a cool building (it has giant 4's on all sides!) and looks like Chris Evans. If I could be anyone, it'd probably be this dude. Also, when he's trapped alone, facing an oncoming army of enemies he has one of the best lines in comics: "A billion to one...you think I'm afraid of that? YOU THINK I'M AFRAID OF THAT?" 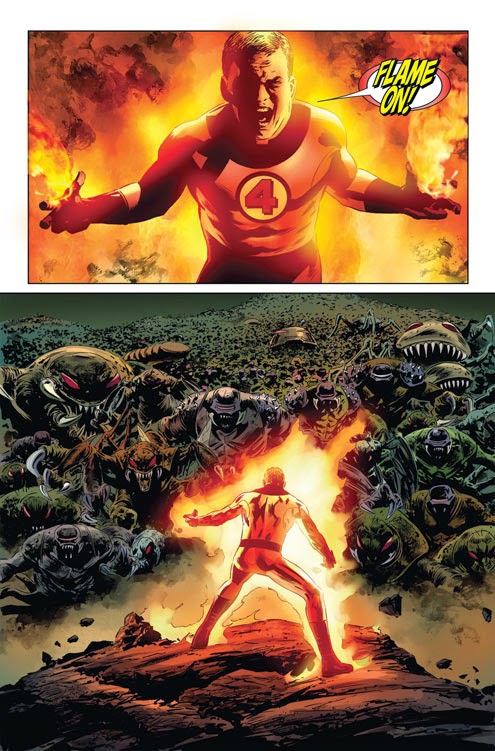 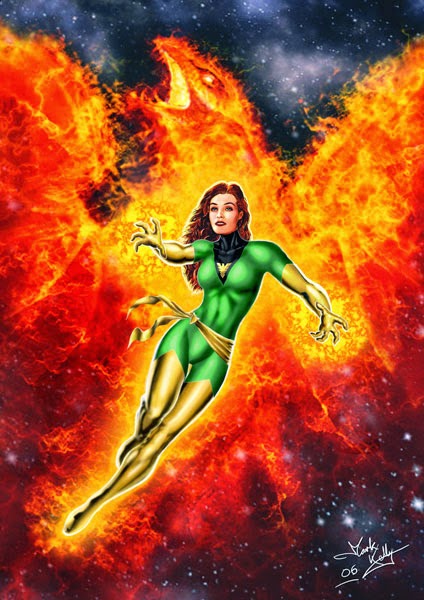 I've mentioned Phoenix before, but words can't describe how awesome I think this redheaded super-mutant is. Jean Grey may not be the most stable of the X-Men, but if I've learned anything, it's that crazy is half the fun. And there's crazy and then there's WORLD DESTROYING CRAZY! 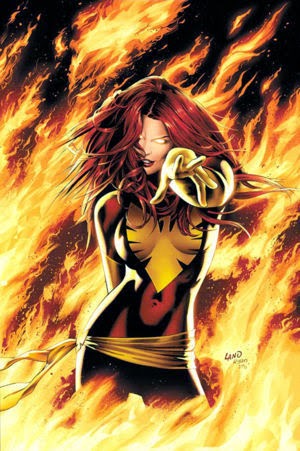 Don't piss off the super-ginger! 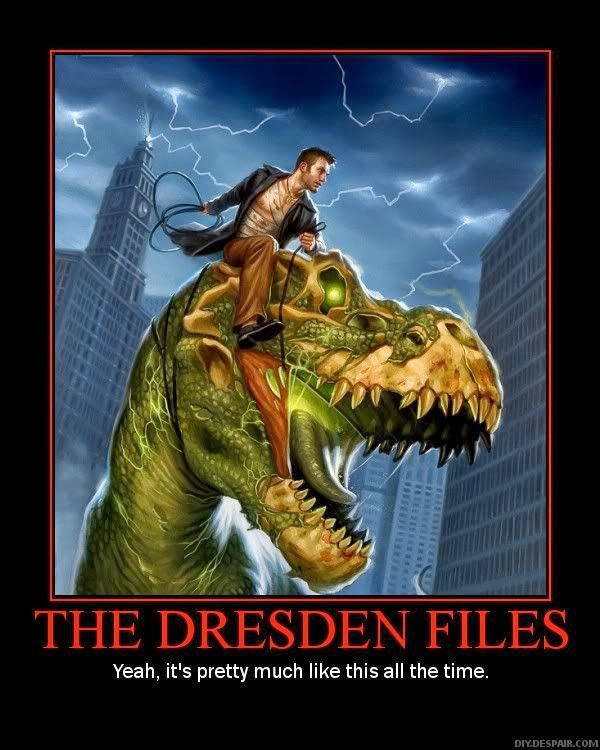 Harry Dresden is a wizard private investigator whose normal way of handling problems is to A) Get beat-up a lot, 2) Be attracted to and/or attracted by the villain, and III) BURN IT TO THE GROUND! Seriously, my favorite Dresden quote is "Build a man a fire and he's warm for a day. I say 'But set a man on fire and he's warm for the rest of his life'. Tao of Pratchett. I live by it." And now for something completely different...

The Watchers Book 1: Knight Of Light
by
Deirdra Eden

In England, 1270 A.D., Auriella (pronounced yurr-ee-ella) flees her village after being accused of witchcraft. Pursued by nightmarish creatures, she struggles to accept the truth about her powers.

“The Watchers” are supernatural beings in human form whose duty it is to protect and guard mankind from the armies of darkness. Unfortunately, some of these Watchers go bad.

Deirdra Eden’s The Watcher’s Series is written in a traditional fairytale style with a young girl’s discovery of incredible, but dangerous powers within herself, a cast of humorous side-kicks, (including a dwarf, pixie and dragon) a quest for greater self-discovery and purpose, and villains of epic proportions. 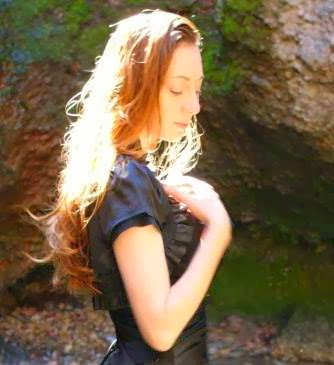 "My goal in writing is to saturate my books with intrigue, mystery, romance, and plot twists that will keep my readers in suspense. I want to see fingerprints on the front and back covers where readers have gripped the novel with white knuckles! Aside from writing, I enjoy jousting in arenas, planning invasions, horseback riding through open meadows, swimming in the ocean, hiking up mountains, camping in cool shady woods, climbing trees barefoot, and going on adventures."
-Deirdra Eden