Who's up for a little mystery? 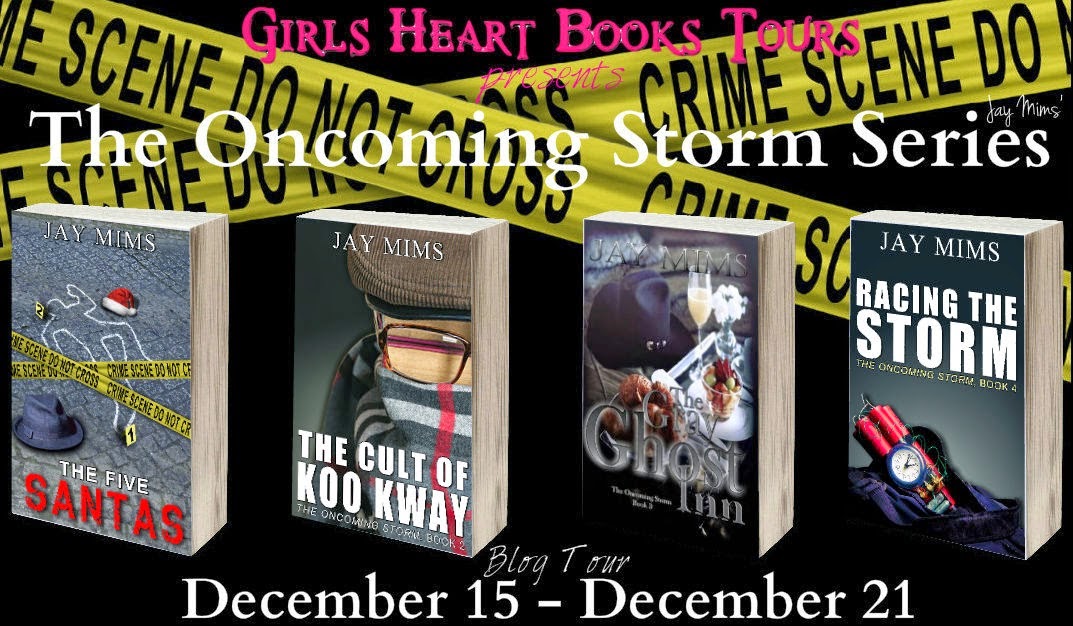 Because the lovely ladies of "Girls Heart Books" have been kind enough to let me come on tour, I thought I'd provide a rundown of what's going on.

Day 1 can be found here!

If you're wondering what that bright light in the Northern sky is, it's Jeanz! She's shining a bright spotlight on yours truly, and even gave me space for an interview! Thank you so much Jeanz Jeanz the Dancing Machinez! http://jeanzbookreadnreview.blogspot.co.uk/2014/12/series-promotion-oncomin-storm-by-jay.html

And in keeping with the tradition of rave and honest reviews, we have Lindsay and Jane's Views and Reviews giving Cult of Koo Kway THREE STARS! This is quite frankly the most earnest and flattering three star review I've ever read! Honestly, it's a tough book, so the fact that they seemed to like it really means a lot. But don't take my word for it! http://lindsayandjaneviewsandreviews.blogspot.com/2014/12/the-cult-of-koo-kway-oncoming-storm-2.html

Make sure you stay tuned to the Mimsey blog for future updates!