The Cat and I

The Mimsus and I went for a walk last night, because we live in the middle of nowhere and it's either take a walk or give in to the television. And nobody wants to be the couple whose highlight is watching episodes of Two And A Half Men Thursday, 9 pm ET/PT
Also, that is the creepiest photo I've ever seen.

And it was while walking past one particular house that I spotted this black cat with white feet. 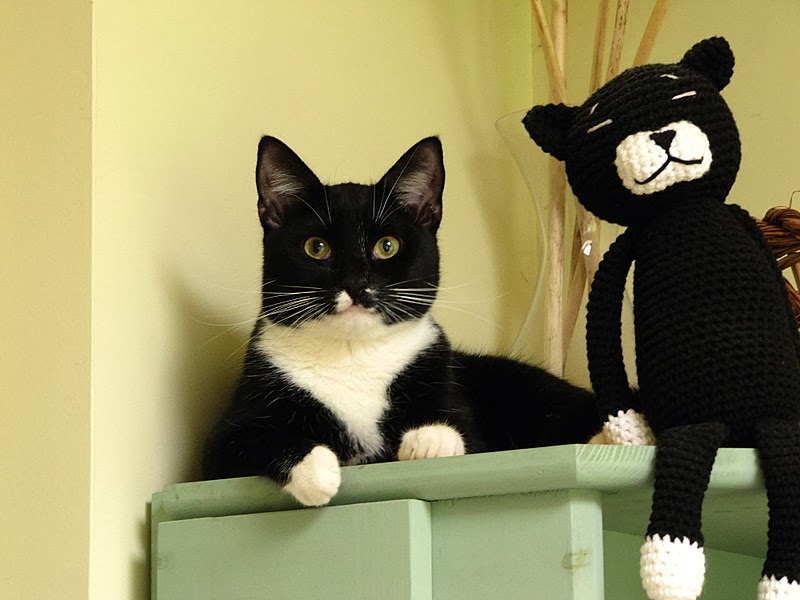 Come to think of it, it might have had a mini-me there beside it.
ME: Does that look like Eartha Kitty to you?
MIMSUS: I guess?

We stood there for a minute, watching the cat, with the cat watching us.

MIMSUS: Maybe you should open a tuna can?
Well, it was the word tuna can that did it, because immediately the cat bounded over and started meowing at me. I rubbed it, it flopped on it's belly for more rubs. It was a wonderful day.
Until it started following us home. That's when The Mimsus picked up Eartha Kitty and plopped it behind the chainlink fence encircling the neighbor's yard.
Little does she know I'll be back. Because once again...I (may) have a cat
Except this time I'm bringing tuna. 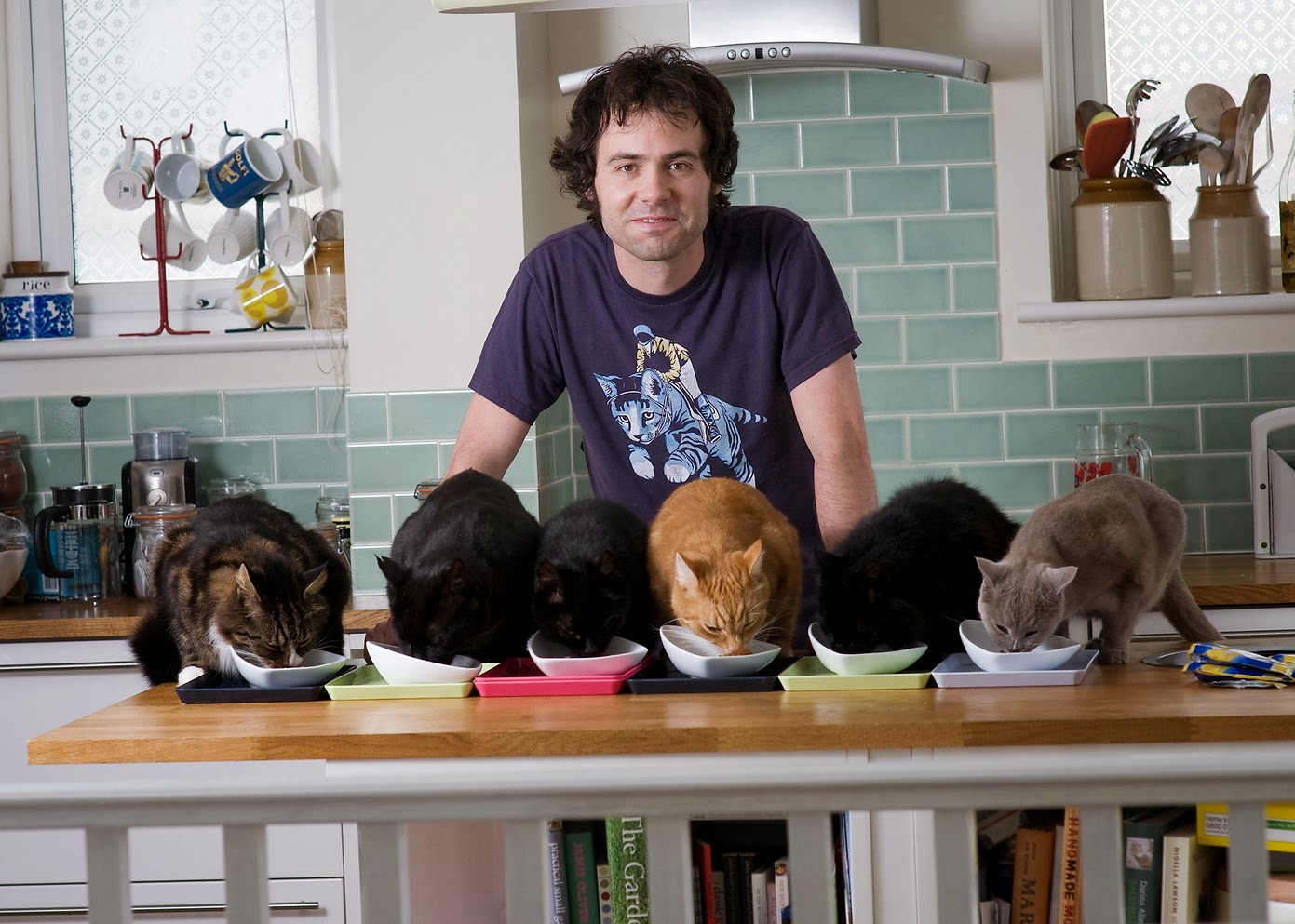 And am buying that shirt!

Jay Mims writes books, blogs, and may or may not be the last Mimsey. Jay and The Mimsus live with a passive-aggressive Dalek named Steve, and have semi-adopted their neighbor's cat named Eartha Kitty. There's another cat named Meowthazar, but he's not as interesting. Also a Lizard that Jay calls Bob. Jay is far funnier on Facebook then in real life. He is terrible at Twitter.

a Rafflecopter giveaway
Posted by JMims at 9:42 AM