As we continue with the Twelve Days of Mimsey, I thought, why not celebrate that miracle of modern technology: THE TELEPHONE.

With that in mind, I thought I’d look at my seven favorite fictional telephones. 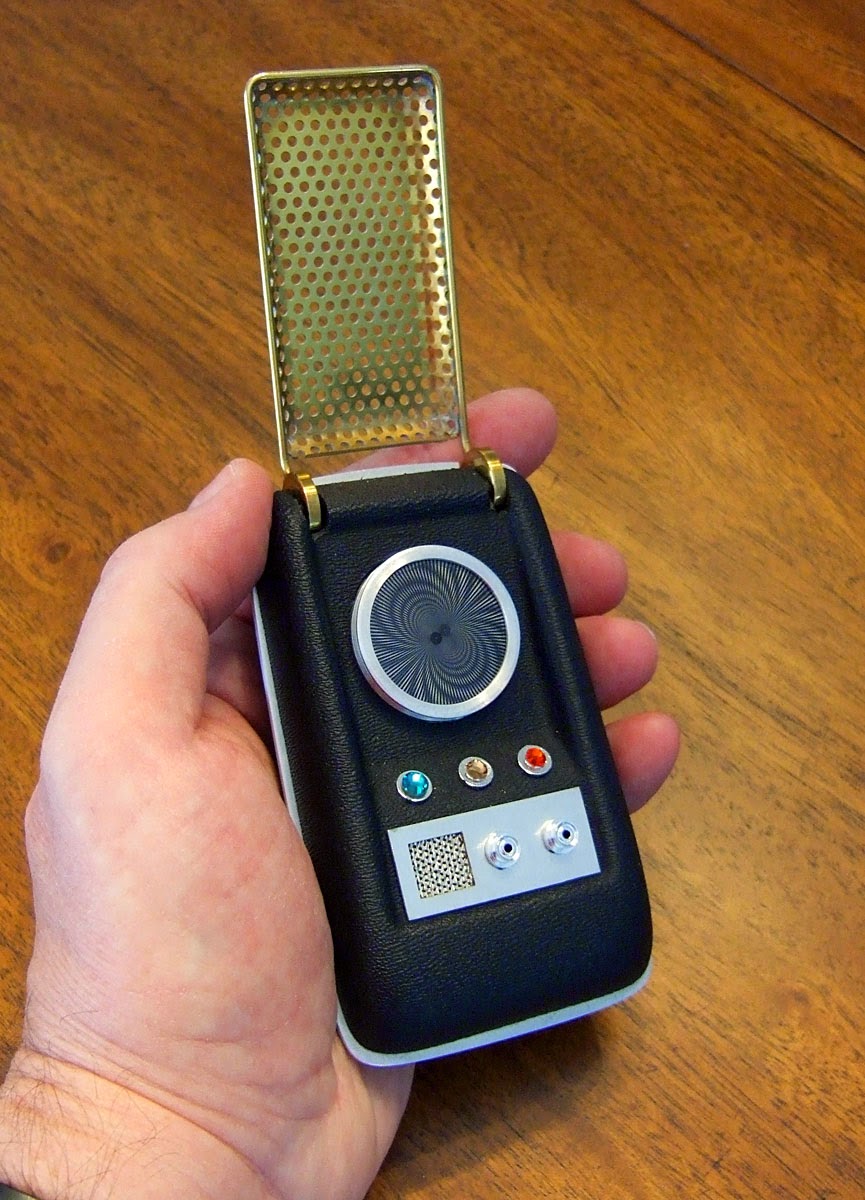 There’ve been five shows and twelve movies in the Star Trek series. The types and tricks of communicating have been varied with each series, but for me the best will always be the TOS flip communicator. Keep in mind, this little guy predates the first portable phone by nine years.  And it is a true thing of beauty. 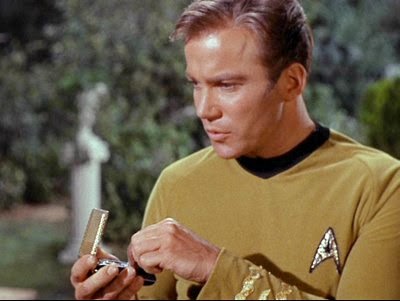 Also, his phone and uniform is color coordinated. 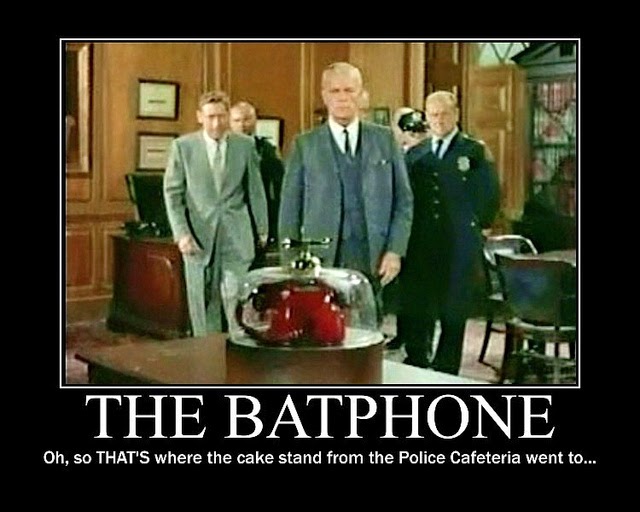 For those who’ve never seen the 1966 Batman, I have great news. It’s finally coming out on DVD and Blu-Ray. It is a thing of beauty. In the show, whenever crime struck, Commissioner Gordon would call up Batman on his batphone, which could reach Batman in the batcave or at the batmobile. It was never clear if Batman had a batanswering service. It was Battastic. 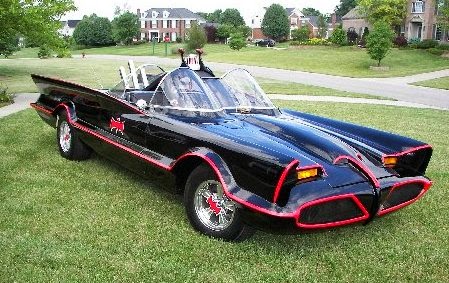 The car wasn't half-bat either. 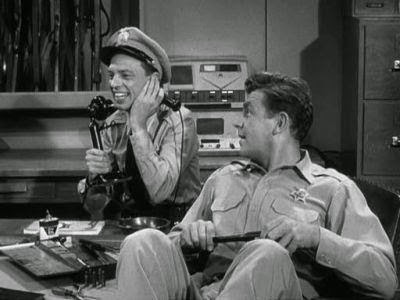 Back in the days of party lines and dinosaurs, phones had to be dialed using a rotating wheel. Or, if you were in the Andy Griffith Show, you could just get Sarah the Operator to make the call. You could also find out all the interesting gossip because Sarah listened to your conversations. Can you imagine what it’d be like for someone to know everything you talked about? 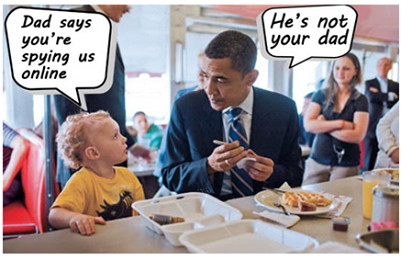 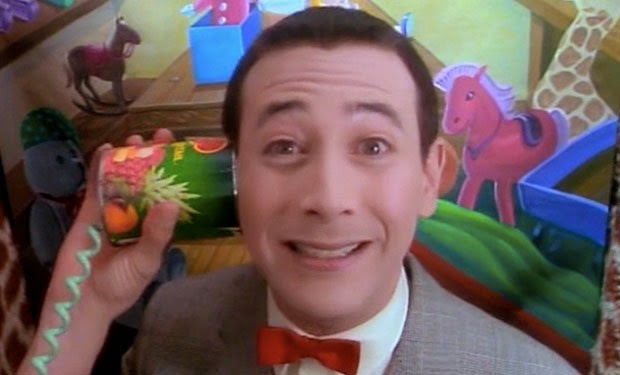 The only phone on this list to be made of a tin can and some string, it’s also one of three phones on this list that are just as much about the booth as they are the phone. Look at that thing! 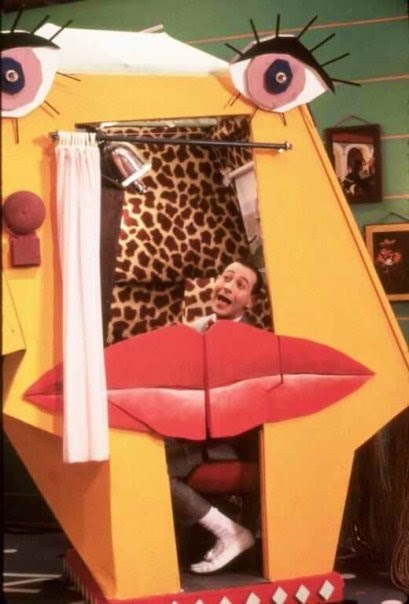 I’m not sure what drug-induced madness would inspire someone to create a phone booth with eyes, lips and cheetah print interior, but I know one thing for sure. I want that person to decorate my house. It’d be AWESOME!

So, the second phone booth on this list is also probably the least efficient phone on this list. It’s a phone booth that acts as a time machine. You travel through time by dialing a phone number, which you can find by looking through a phone book. Which is that magical item that appears at your home every year. It’s like the internet, but you can also prop a coffee table up with it.

It's also surprisingly spacious.
You can fit eight historical figures, two slackers
and a hot Stepmom in there. 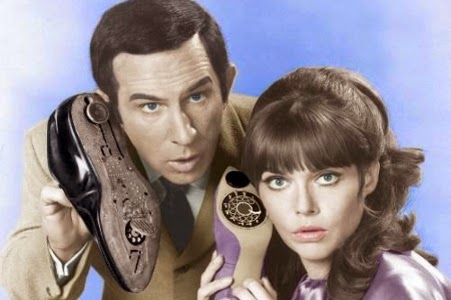 Words cannot express how much I love Don Adams as Agent Maxwell Smart, and the original series Get Smart is a national treasure. The sequel and new series isn’t as good, but I’ll give the movie this: It shows a lot of love to the original series. Including that legendary shoe phone. My only problem was that it was shaped to look like a dress shoe. I’d much rather have a sneaker shoe phone. 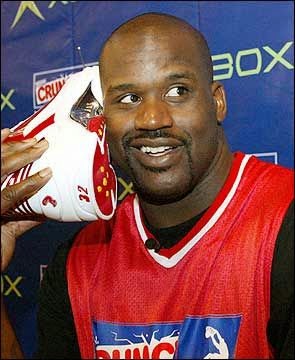 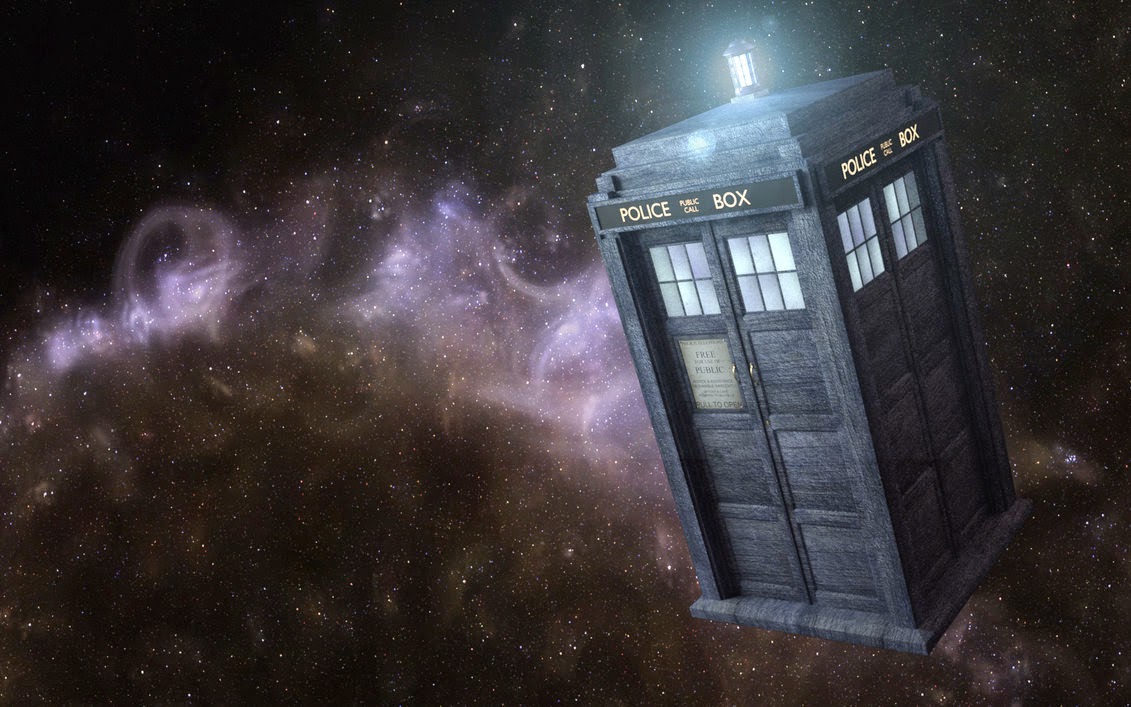 TIME AND RELATIVE DIMENSION IN SPACE

If you’re going to go zipping through time and space, having wacky adventures and kissing complete strangers, you might as well do it in style.

Seriously, he kisses A LOT!

The TARDIS is disguised as a police call box, complete with fake phone. Unless a child in a gas mask decides to call you. It’s a complicated show. Also, The Doctor has a phone inside the phone box, and apparently half the universe has the phone number.

And sometimes the TARDIS calls you.
Mostly just to say "Hi!"

So, Gentle Readers, what’s your favorite fictional phone? Sound off on the comments and don’t forget to stop by the other six days of Mimsey.

On the first day of Mimsey, my true love gave to me: MyFavorite Santa Claus!

On the second day of Mimsey, my true love gave to me: A LabyrinthAnd David Bowie!

Jay Mims writes books, blogs, and recently wrote about what made Disney Princess' tick. Jay lives with The Mimsus, a semi-adopted cat named Eartha Kitty, a lizard named Bob and a passive-aggressive Dalek named Steve. Jay is far funnier on Facebook then in real life. He is terrible at Twitter.  Jay now has a website.
Posted by JMims at 2:18 PM